Is a badger cull the right answer in tackling bovine TB?

The Government has said it is ‘committed’ to tackling Bovine TB in the UK, by all available means, with an aim to eradicate it in England within 25 years, but is a badger cull the right answer?

In the last 10 years, more than 305,000 cattle were compulsorily slaughtered as reactors or direct contacts and since January 1, to August, a further 22,512 otherwise healthy cattle have been slaughtered solely because of bovine TB.

This comes as a badger cull in Gloucestorshire came to an end on Saturday, November 30, after having been granted an eight-week extension, but despite this it still did not meet the 70 percent target.

The Secretary of State for Environment, Food and Rural Affairs, Owen Paterson, said in a written statement: ‘A key element in the comprehensive strategy this Government is finalising to eradicate bovine TB in England within 25 years, is successfully tackling the disease reservoir in the badger population.

‘Culling is only one part of our approach to tackle the spread of TB. We are using every tool available including tougher movement controls for cattle, better biosecurity on farms and working to develop effective and usable cattle and badger vaccines.

‘We continue to make good progress on all aspects of our draft strategy to eradicate the disease in England within 25 years.’

The two badger control pilots, that were carried out in Somerset and Gloucestershire, were designed by the Government, to ‘test the assumption that controlled shooting is a safe, humane and effective means of reducing badger numbers’.

The initial six-week pilot cull in Gloucestershire ended in October, but was then extended for another eight weeks because only 30 percent of the local badger population were killed rather than the 70 percent which scientists said was necessary for the cull to have any chance of reducing bovine TB in cattle.

Mr Paterson added: ‘The aim of the extension was to achieve the earliest and greatest possible impact on bTB in the area, in line with the CVO's advice that a further significant reduction of the badger population in the first year would increase the likelihood of disease benefits in cattle over the full four years of the cull.

‘The decision to extend has been shown to be the right one, with significant numbers of badgers removed at the point that the extension was ended.

‘In the additional five weeks and three days of culling, 213 badgers have been removed, giving an overall total of 921. This represents a reduction of just under 40 percent in the estimated badger population before culling began.

‘The extension in Gloucestershire has therefore been successful in meeting its aim in preparing the ground for a fully effective four year cull.’

‘While there are important lessons to learn, completing two pilots this year has been a significant achievement and is another major step towards halting the spread of bTB.’

However with the cull not meeting the 70 percent target, possibly leading to a risk of badgers moving out of their territories and so spreading the disease further afield, campaign groups and the RSPCA feel that the cull is not necessary in tackling bTB.

RSPCA head of public affairs David Bowles said: ‘We care about cattle and badgers equally but do not believe a cull is the answer to bovine TB in cattle.

‘We remain committed to persuading the Government to put a stop to what we believe is a misguided, unethical and unscientific attempt to control bovine TB in cattle, which will not help solve the problems caused by this devastating disease or benefit cattle, badgers or dairy farmers and rural communities.’

‘This Government is resolved to do this. Achieving this aim will require long-term solutions and considerable national resolve. This Government is committed to tackling the disease in all reservoirs and by all available means.’ 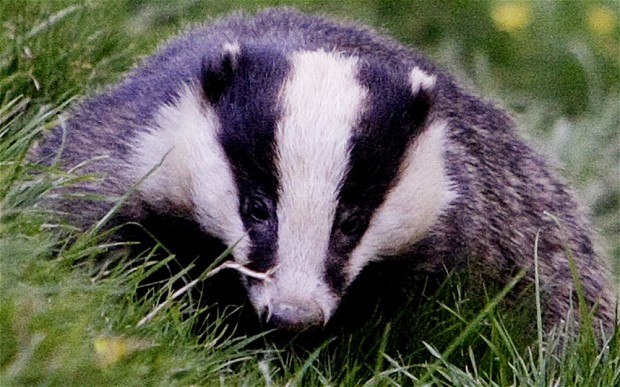