A two-day tetrathlon has raised £1,500 for CLIC Sargent. The tetrathlon challenge organised by Abbey Equine Clinic based in Abergavenny, South Wales, comprised two teams of eight veterinary staff pitting their sporting prowess against each other with a 10k bike ride, a 400m swim, a 5k run and then a Preliminary dressage test. It was organised by Bryony Lovell-Williams, Office Manager at Abbey Equine Clinic who has had personal contact with CLIC Sargent and is a big supporter of the charity’s work.  Bryony’s mum Kathy Lovell has written a children’s book ‘Under the Fountain’ about a boy with leukaemia and is campaigning to get them into hospitals to help affected children. The money raised will help Kathy’s book to reach hundreds more children. 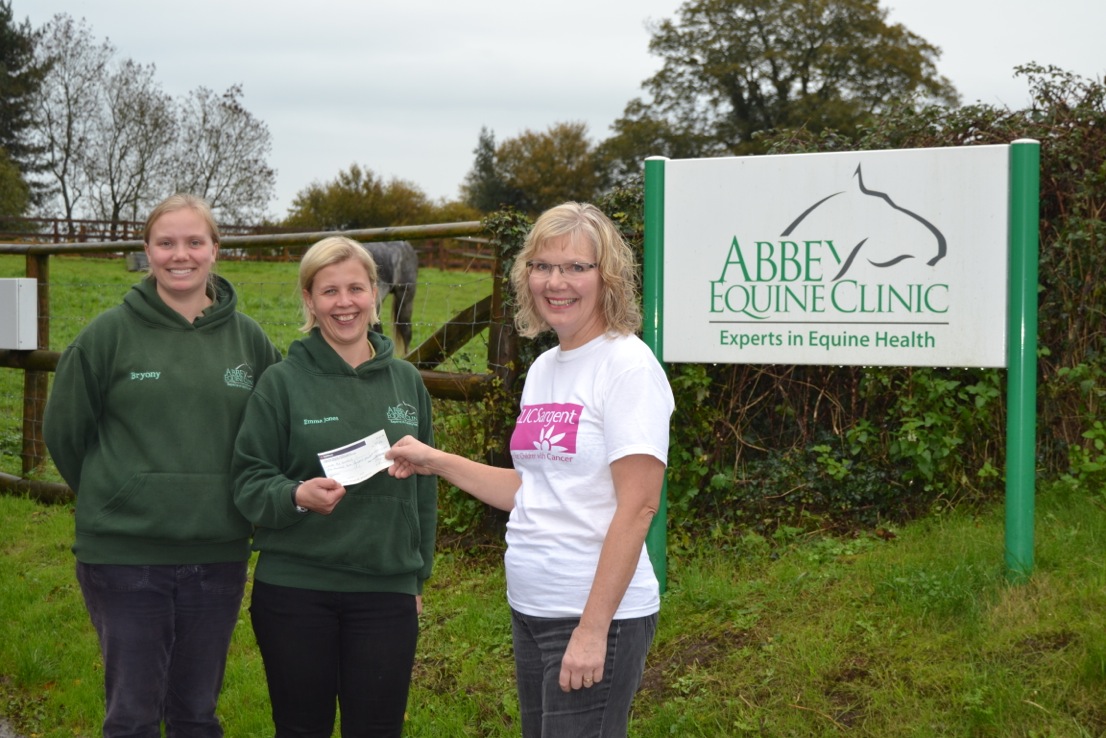 Kathy Lovell, on behalf of children’s cancer charity CLIC Sargent receives a cheque for £1500 from Emma Jones MRCVS Practice Manager at Abbey Equine Clinic based in Abergavenny, South Wales and Kathy’s daughter Bryony Lovell-Williams, Office Manager at the practice. The funds were raised by small and large animal practice staff, who took part in a tough, two-day tetrathlon. 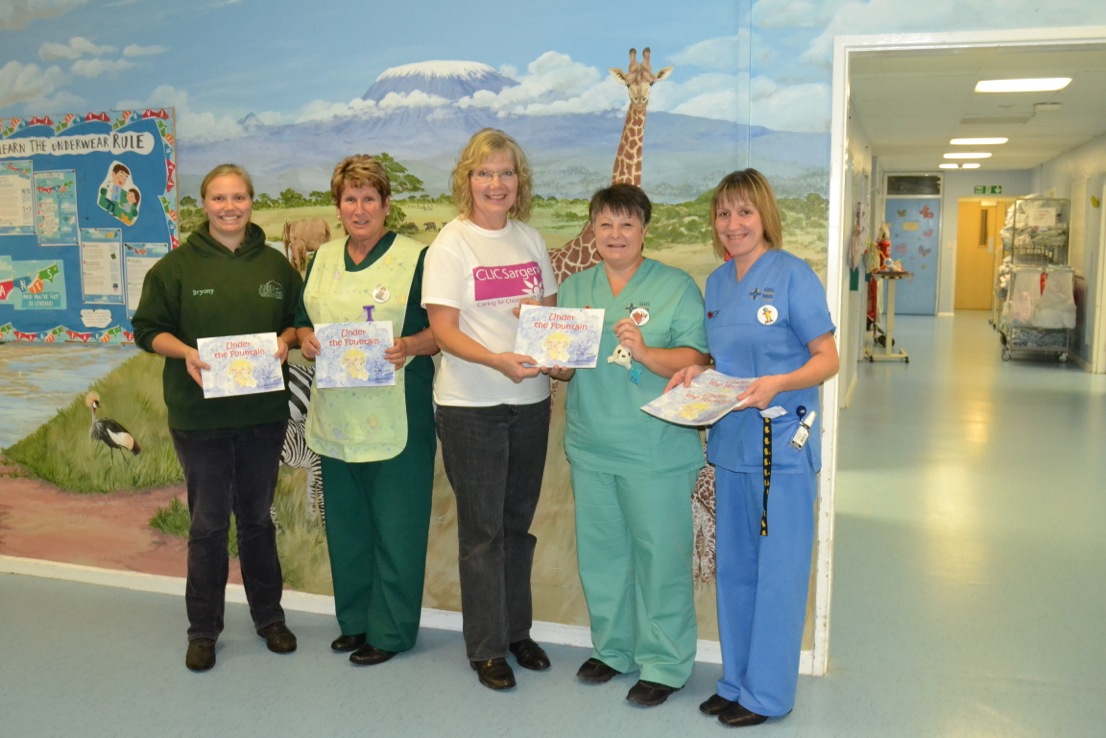