Current Thinking in the Treatment of Mitral Valve Disease

Current Thinking in the Treatment of Mitral Valve Disease

Chronic degenerative valvular heart disease (CDVHD) is the most prevalent cardiac disease in dogs, the easiest to diagnose and the most studied in the clinical situation. There is an ever-increasing range of licensed products at our disposal, and much information is available about staging and treating the disease. Most dogs that have the disease will not die of it, but for dogs that do develop congestive failure there is a significant risk of death within a year. It is therefore advantageous to have at our disposal drugs that both prolong and improve the quality of life.

Annual examination screens at-risk dogs  (small breeds, Cavaliers in particular) for the early signs of disease such as a left sided systolic heart murmur. Respiratory rate, heart rate and the presence or absence of sinus arrhythmia should be noted each time, as well as murmur grade, so that serial findings may be compared. The murmur of valvular heart disease is evidence of regurgitation of blood back through the degenerated mitral valve leaflets from ventricle to atrium, and often begins as a soft musical murmur. As degeneration progresses and the volume regurgitated increases, the murmur intensifies; thus murmur grade correlates to severity of the disease. As progression of the disease in most cases is slow, compensatory mechanisms coordinated by innate systems such as the renin angiotensin aldosterone system (RAAS), and adrenergic system allow adaptation of the cardiovascular system to continue to work effectively. Presently there is no good evidence for the efficacy of any medication, given in these early stages of disease, to slow the progression of the disease, prolong the time to the onset of congestive heart failure or improve survival time.

Ultimately valvular degeneration progresses to the point where compensatory mechanisms fail, and actually become deleterious; blood volume increases and high pressures in the pulmonary vascular system signal the onset of congestive failure, causing dyspnoea and exercise intolerance in addition to the characteristic cough which begins as the disproportionate left atrium encroaches on the airways. Further long-term deleterious effects are caused by aldosterone. A product of the RAAS, aldosterone is increasingly produced during heart failure, even when the RAAS is blocked, with damaging effects to the myocardium and cardiovascular system, such as myocardial fibrosis, intramural coronary arteriosclerosis, enhanced sympathetic tone and vasoconstriction. Aldosterone is implicated in the remodelling of myocardium in congestive failure, allowing excessive ventricular dilation by myocyte slippage and myocardial and vascular dysfunction through replacement fibrosis and endothelial dysfunction. It may also cause distal nephron hypertrophy and furosemide resistance. 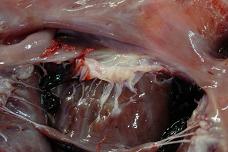 As there is no safe and effective surgical treatment available for valvular heart disease in dogs, treatment is medical. It should ideally start just as compensatory mechanisms begin to fail and be directed specifically at the deleterious mechanisms involved. The correct time to begin medical management of valvular disease remains contentious, because pinpointing the turning point of compensatory mechanisms is impossible. Loss of sinus arrhythmia and increased resting heart rate often signal the start of congestive failure, as do increased respiratory rates both at exercise and at rest. Coughing is a characteristic sign of valvular heart disease in dogs, due to left mainstem bronchus compression, and tends to worsen with congestive failure. 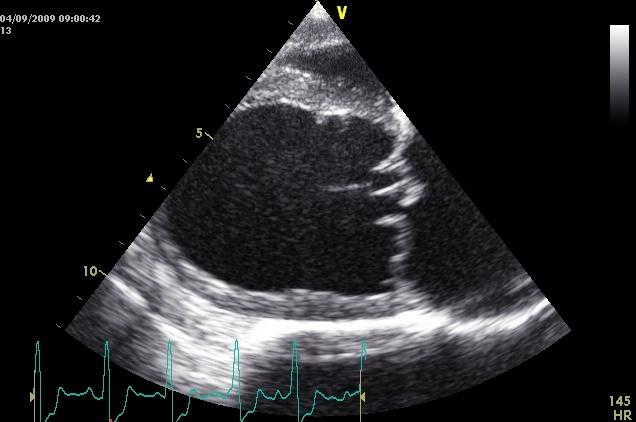 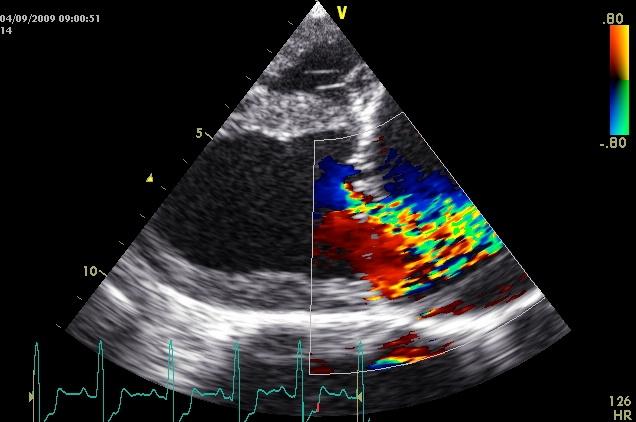 Treatment is directed at reducing blood volume, improving forward flow of blood and reducing left atrial pressure, damping the damaging effects of erstwhile compensatory mechanisms and improving the mechanical function of the failing myocardium. This necessitates the use of different classes of drugs in order to mount an orchestrated and effective attack:

Furosemide induces diuresis by elimination of sodium, potassium and chloride from the loop of Henle, this reducing volume overload. Its effect can be increased by raising the dose, but resistance does develop. Other diuretics may be considered for concurrent use in refractory cases, but few are licensed. Spironolactone (Prilactone®) has a mild, potassium-sparing diuretic effect and may counteract the undesirable effects of chronic furosemide treatment.

Many ACEis are licensed for use in dogs. These reduce the effects of the RAAS by prevention of a crucial reaction in the chain. Their beneficial effects include reduction of water absorption by the kidneys, improvement of forward blood flow by reducing vasoconstriction, and amelioration of sympathetic control. There is documented evidence of improved survival in valvular heart disease when used in dogs in congestive heart failure (The BENCH Study Group 1999; Ettinger and others 1998).

This drug has two major effects useful in the treatment of valvular heart disease; it is vasodilatory - improving forward blood flow and lowering left atrial pressure, and it improves systolic function by sensitising the contractile units to calcium allowing more effective contraction. There is clinical evidence of improved survival time and reduction of left atrial size when pimobendan is used with furosemide (Haggstrom and others 2008).

Aldosterone receptor blockade prevents and reverses the damaging effects of the hormone on myocardium and vasculature as well as having a weak, potassium-sparing, diuretic effect. The beneficial myocardial effects have been recognised in congestive heart failure in man for many years (Pitt 2004), and there is now clinical evidence of improved survival time in dogs when spironolactone (Prilactone® at 2 mg/kg daily) is used in the treatment of valvular heart disease (84% survival at 15 months) (Bernay and others 2010). Prilactone® is the only licensed ARA for use in dogs with congestive heart failure, and as the effects are long-term I use it as part of my first-line therapy as soon as congestive failure is diagnosed.

This article was provided by CEVA, makers of Prilactone®:

PITT, B. (2004) Effect of aldosterone blockade in patients with systolic left ventricular dysfunction: implications of the RALES and EPHESUS studies. Mol Cell Endocrinol 217, 53-58